Skip to content
Date: October 26, 2018Author: The Lady Of The World 3 Comments

Take the Ryanair incident, for example, a passenger assaulted an elderly disabled lady because she was black. Incredible in this day and age and particularly so considering the man was from a town near London, a city well known for its diversity . However, the fact that a country is diverse doesn’t mean this diversity is particularly welcomed by the “indigenous” population or as we have seen with Brexit, it is indeed something that bothers a large section of the population. This has nothing to do with race but culture because it is also a fact that many British people of Indian , black or with families who were also immigrants voted Brexit. The culture of the modern English speaking world or what the Europeans would call “The Anglo-Saxon” world,  seems to have an issue with xenophobia and racism as we have seen in recent events. 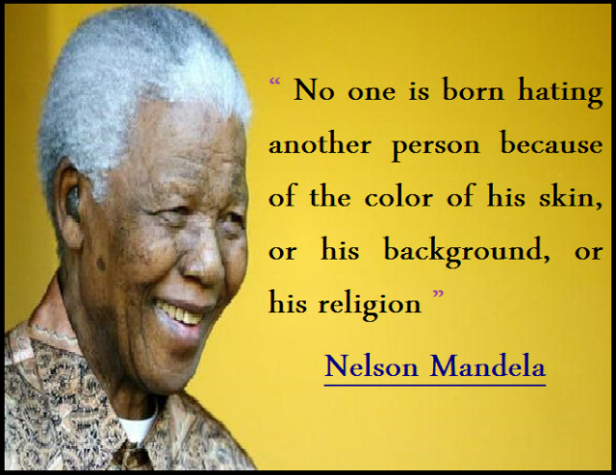 Had that guy on the Ryanair plane been Cuban, Congolese, Bolivian or Portuguese, do you think he would have acted so self-entitled, arrogant and rude aside from obviously racist? Chances are most likely not at all.

Even though you still find people in Britain-shockingly so many young people- who still think that the British empire was a force of goodness for humanity and something to be proud of , it is indeed a diverse and respectful country when it comes to other nationalities. That’s definitely not the case in the USA. The recent xenophobic and racist attacks in the USA against people who were speaking Spanish amongst themselves, do  reflect a large section of the population with a very insular knowledge of the world and its cultures.  It is easy to blame the people with a low cultural level . However, many of those with a xenophobic attitude are well off people with privileged backgrounds as we saw with the xenophobic and abusive tirade by  Manhattan lawyer Aaron Schlossberg , towards Hispanic restaurant workers because they were speaking Spanish to some customers. How awful, right?

I’ve met people in other countries who were considered by European standards, poor. However this people were educated, respectful and even though they couldn’t afford travelling, they had a good knowledge of the world and its cultures. Say Cuba for example, may youth despite a crippling economy and a system  that offers them no future, are non judgemental and welcoming to other peoples and cultures. They are also quite knowledgable and cultivated and keen to learn about other countries and people.

Recently, a video went viral of a white woman in the USA attacking and verbally assaulting tourists from Guatemala because they were speaking in Spanish.

This so called “American”- because many would argue that Guatemala is also in America therefore they are Americans – was a sad reflection of many people who do think like she does . Eduardo Galeano, the wonderful Uruguayan intellectual said in his now famous classic “The Open Veins of Latin-America”

“Along the way we have even lost the right to call ourselves Americans, although the Haitians and the Cubans appeared in history as new people a century before the Mayflower pilgrims settled on the Plymouth coast. For the world today, America is just the United States; the region we inhabit is a sub-America, a second-class America of nebulous identity.”
― Eduardo Hughes Galeano, Open Veins of Latin America: Five Centuries of the Pillage of a Continent

To the lady going on and on at the Guatemalans speaking Spanish, I would ask if she truly believes that the Americans who visit Europe speak the languages of the different countries they go to?.  All the racism and xenophobia towards cultures and people that are not part of the modern English speaking world makes you wonder whether this culture is intrinsically racist therefore the awful recent events. It has to stop and it must start with how history is taught at school, because a lot of the history of this part of the world is not something to be proud of by today’s standards.

3 thoughts on “Why so much xenophobia in the modern English speaking world?”