Skip to content
Date: November 22, 2015Author: The Lady Of The World 0 Comments

Making a film is not only a laborious task but an extremely expensive one. As an independent film director I’m not always making  as many films as I would like. During breaks, or while I plan my next film, I either research my next project, write, work with other writers as currently doing with a scriptwriter from Singapore, or lately, I love creating inspirational video   about topics I feel strongly about. I guess I could do a “vlog” and just put a camera in my living room and talk it all out but I like to create videos that are a bit more special,videos that have a bit of an artistic process behind while at the same time, easy to do and ready a few weeks after filming. I have done a few videos and photos with photographer turned videographer Tim Ward. I enjoy my collaborations with him because he has a good sense of humour, is ready to experiment, can spot a good idea and a good shot and  I feel comfortable and at ease. When he came on set to shoot some photos of the behind the scenes of my film “Rescue Me”, you wouldn’t even know he was there immortalising it all. Here are some stunning photos Tim took while we were filming a video about “How to age gracefully”and “Ageism” – prejudice because of age-.

Hula Hoops are for summer series by Tim Ward 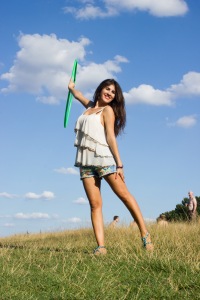 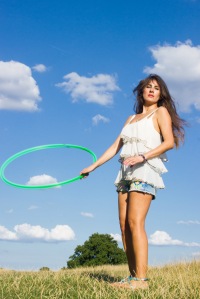 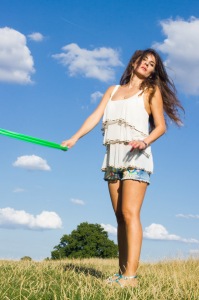 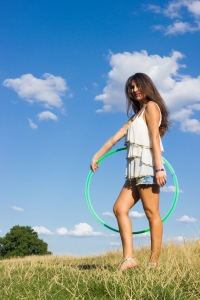 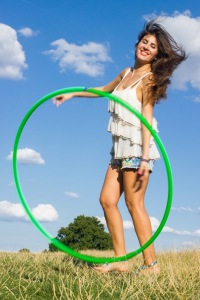 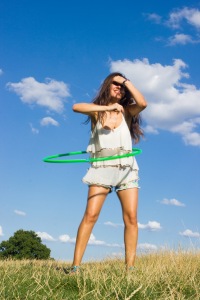 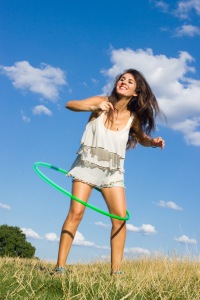 I like the video and the photos as we were shooting during a lovely end of the summer day and  you can almost sense the autumn approaching in the images – and because it has a natural feel and I’m saying exactly what I think and feel about ageist attitudes. Maybe when I’m older I may look at these pictures and remind myself that I was a very healthy happy young woman once and that I did things out of love, out of a desire to express myself and not out of a desire to make a profit, or to achieve something. For me, it has definitely been “Art for art sake” or a passion that you do because it is in you and either you make it or you burn with desire to make it.My attitude is pretty much the following to life and art:  Everything that you do, everything that happens to you is clay for your life but as an artist, this is even more valuable, it is clay for your art.

To end this post, I will share a Jack Kerouac quote from his novel “On the road”, I first read this at 21 when I was studying English at University and I felt so identified  that I wrote it on paper and stuck it to my mirror so I could read it every morning. This, way before the “quote” fashion arrived and made philosophers of all us even if many have never read a  challenging book in their life.

“the only people for me are the mad ones, the ones who are mad to live, mad to talk, mad to be saved, desirous of everything at the same time, the ones who never yawn or say a commonplace thing, but burn, burn, burn like fabulous yellow roman candles exploding like spiders across the stars.”

So stop worrying about money or making a profit and if creating is in you, just do it without thinking in the financial rewards. We are not bankers after all and thank heavens for that.