I know Vicki Psarias aka “Honest Mum” since we were both M.A students at Goldsmiths College, University of London. She was the girl who always had something to say, the one who has no issue in raising her hand and speak her mind and pour her heart out in a discussion about postmodernism or air pollution. There was something about her and her endless energy I liked . And so we became friends. And neighbours, in West Hampstead, before she got married and became a mum of two very cute boys. I always thought Vicki had a “Midas touch”. Everything she does, everything she puts her mind into, she turns into success. She put her filmmaking career on hold when her first son Oliver was born. While figuring it all out-as you do when you are a new mum- she became a full time blogger. At the time, back in 2010, she didn’t know very well what a blog was or how twitter worked,  but soon, she went from ten followers to thousands and saw her blog Honest Mum, grew into one of the most influential parenting blogs in the world.

She totally reinvented herself and as far as Im concerned, she is still the same girl I met all those years back. She maybe considered an influencer but she certainly acts like no influencer. She is an honest woman full of ideas, a good friend and someone with a big honest heart. One thing is for sure, she works really hard and she deserves all the success and raving reviews her book “Mumboss” currently enjoys. We spoke about the inspiration behind the book and Vicki’s writing process when writing the Amazon bestseller. 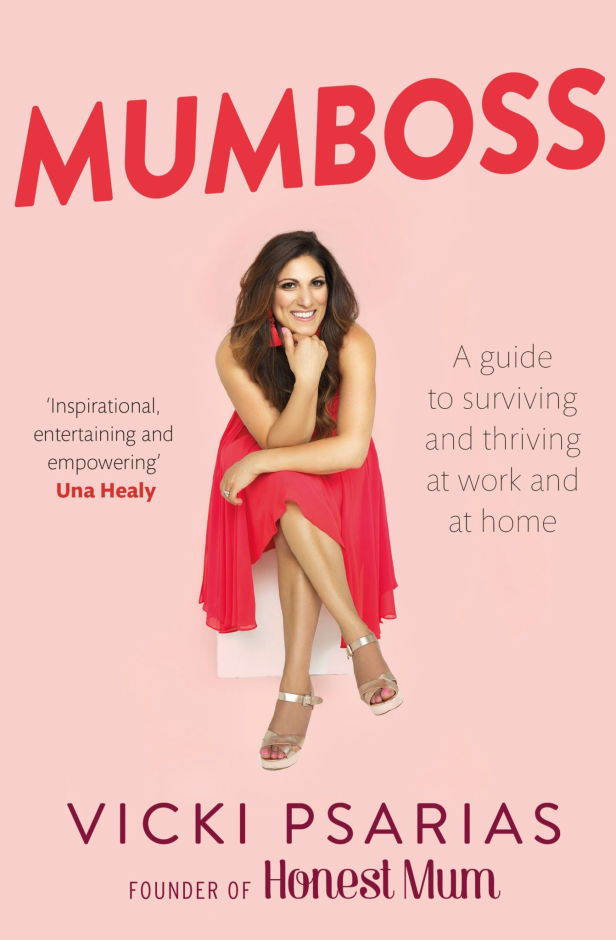 I was approached by one of the biggest publishers worldwide after winning ‘The Best of the Best’ blogging award at the BritMums Blogging Awards in 2016 and that encouraged me to find a literary agent (Northbank Talent Management) and together with my agent at the time, Robyn Drury (who moved on to become an editor at Penguin) met with lots of editors within imprints at publishers. I immediately clicked with my editor Jillian Young (she understood my vision from the off) and Mumboss was published by Piatkus/ Little Brown under the Hachette umbrella in May 2018. I wrote it in a year and Anna Steadman took over as my editor when Jillian went on maternity leave.  It was a wonderfully enriching experience that taught me a lot about myself. I’m really proud of the book.
Yes, I wrote the book, mostly at night while the rest of the house slept so between the hours of 11pm and 3am! That was my dedicated time to write. My cue to sleep was when the birds starting singing (in fact that meant I had written for too long). The final draft was written during the day, though. The rewriting and fact-checking (I was constantly ringing my parents to double-check the dates I referred to during the chapter on my childhood) and the clarity required for that final draft meant daylight hours were a must. Mumboss is my third baby-I sacrificed sleep for it! The flow and pace when writing the first draft varied between blocks of hours where I wrote without break, to periods where I got to 500 words a day for a month say, depending on my schedule and the kids’ needs too.
Yes at times, with the first draft, especially when it came to chapters which required soul-searching and self-reflection, particularly when I wrote about experiencing a traumatic birth, I think in those times I was seeking distraction too if I was honest. Those were hard parts to write. In fact, whenever I write about that dark period in my life, I re-live it again. Funnily enough, my kids became my editors, especially Oliver, 8, who made me accountable. He would ask me how many words I’d written and if I’d finished a certain chapter. I relied on him in many ways to provide the pressure I needed to finish the book. My children constantly amaze me to be honest. I always thought it was my role to support and guide them but it turns out it’s a two-way street!
Thank you, I’m honoured you feel that way, especially as you were the one who banged on at me until I started a blog back in 2010. It’s thanks to you I created Honestmum.com, Amancay, so you an inspiration yourself….I used to teach and lecture (from English GCSE up to MA level at university) and I come from a long line of teachers, lecturers and head teachers so I think sharing what I know and hopefully inspiring others, is in my blood. It’s a vulnerable act, sharing your life online: your hopes, failings, dreams and desires but in doing so, you help others to know they are not alone and that together, we can endure, strive and thrive.
I love my career and I’d like to combine it alongside directing my first feature film (who knows, maybe Mumboss the movie) and the dream is to do more TV too. I love presenting and reporting, and another huge goal would be my own chat show! I’d like to look at spending time out, in The States too. I have a large US audience and felt at home there when I visited LA as a filmmaker. I adore working with my manager Jack Freud, he along with my husband Peter, make me feel like anything and everything is possible!

Vicki writes at Honestmum.com (http://www.honestmum.com) and her debut book Mumboss-The Honest Mum’s Guide to Surviving and Thriving at Work and At Home is out now: https://www.amazon.co.uk/Mumboss-Honest-Guide-Surviving-Thriving/dp/0349416699